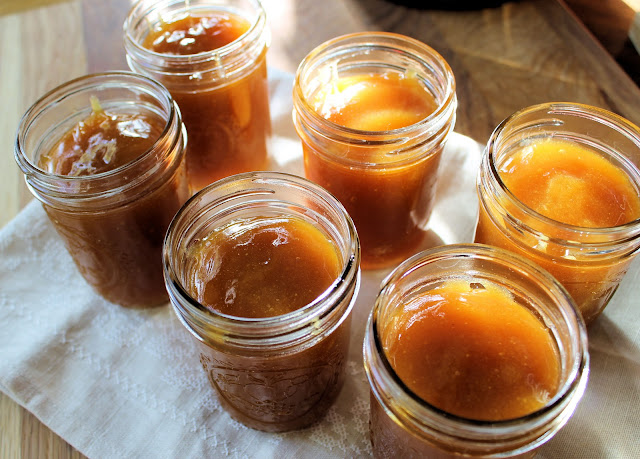 Two weeks ago, Fidelia brought me some guavas from her patio. My first thought was guava marmalade. My favorite marmalade. The marmalade of my childhood. And last, but not least, Gioyita’s marmalade! 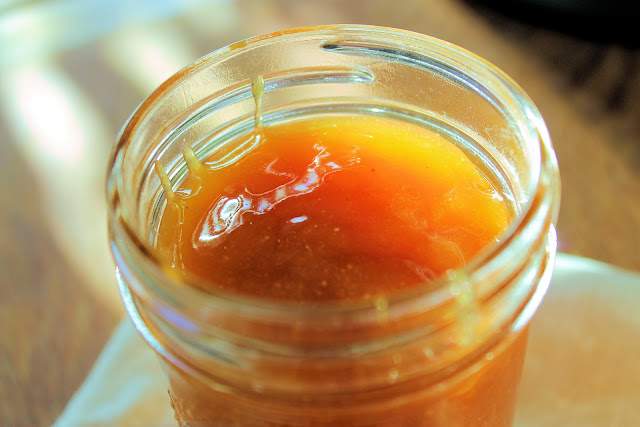 Gioyita is my Dad’s wife and an amazing cook. Whatever she cooks, is just delicious and not only that: none of her recipes are complicated at all. 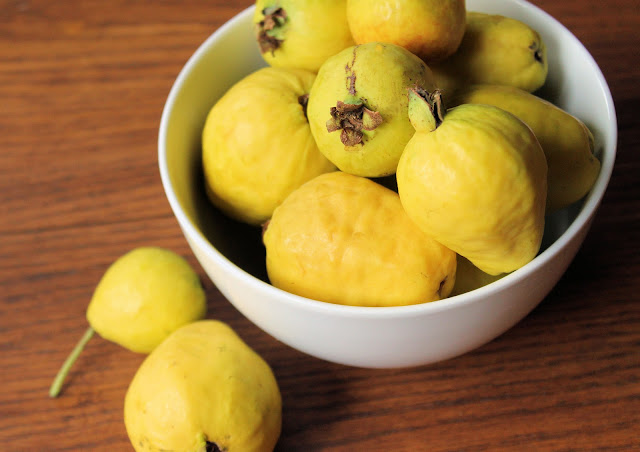 One of her specialties is this guava marmalade. So the very day I got my guavas, I sent her an email asking for this recipe, that she also uses to make a guava pie. 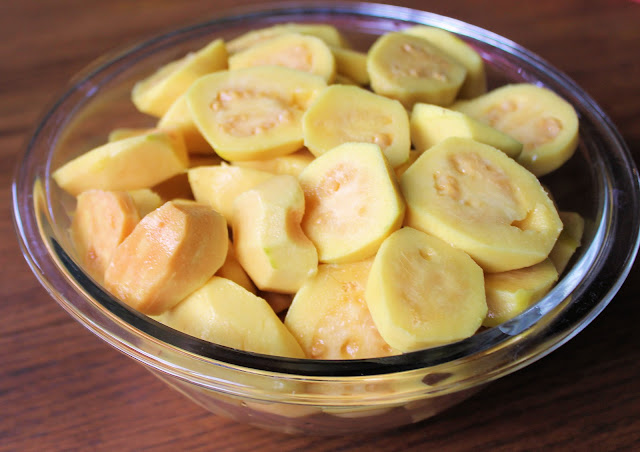 She answered in a minute with a valuable piece of advice: you have to be in the kitchen during the whole process, stirring for about two hours. 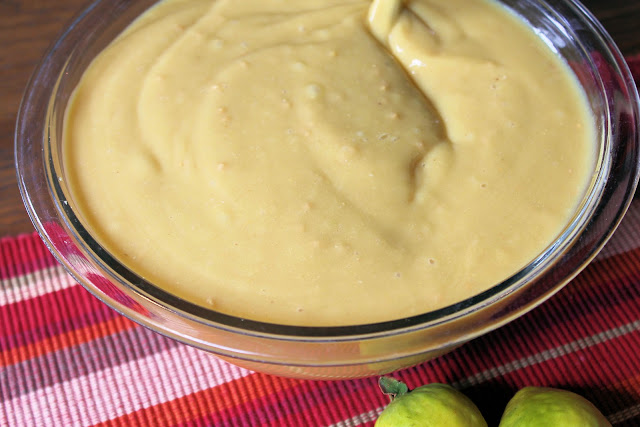 That is exactly what I did and trust me: it’s worth it, every second. You can’t leave the guava and sugar mixture unattended: it can burn or be overcooked and then too thick. 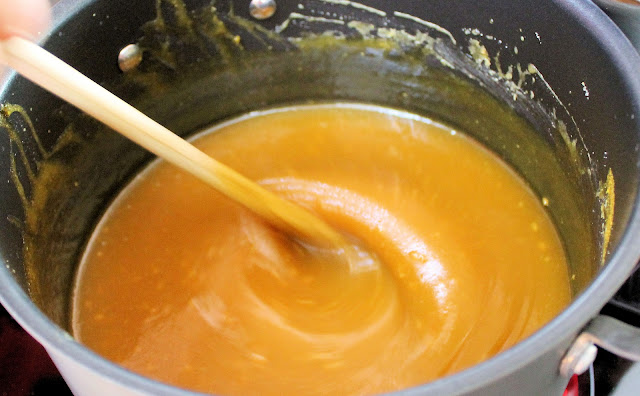 I gave Fidelia a jar and her husband said he will send all the guavas from his trees, if I send him back marmalade. So the verdict is: approved! 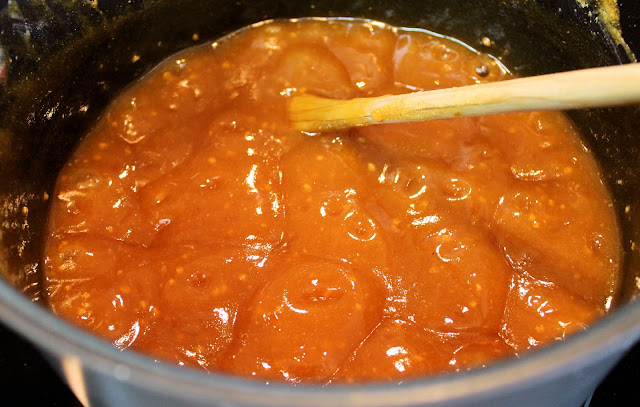 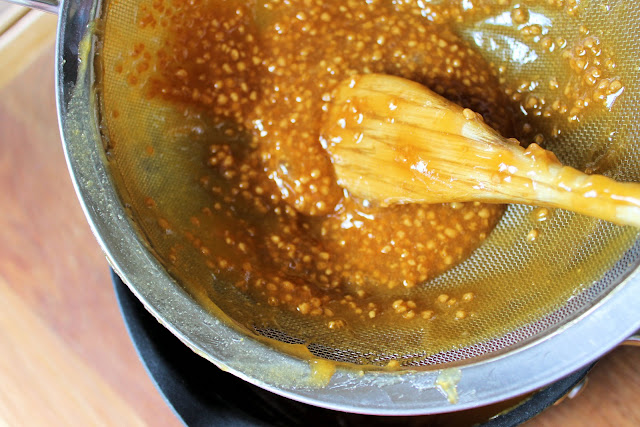 Process half of the guavas with half of the water in a blender until smooth. Pour the mixture in a deep non reactive pot. Repeat the process with the rest of the guavas and the water. Add the sugar and cook over medium heat stirring constantly for about 2 hours until big bubbles pop up. While hot, strain the mixture and discard the guava seeds. 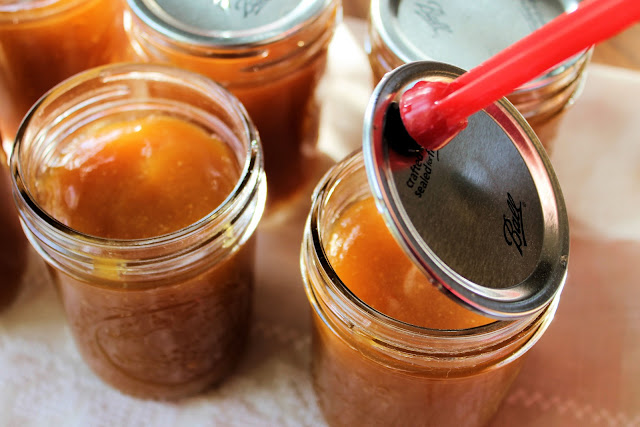 Canning
.Pour the marmalade in sterilized 6-ounce jars. Make sure to leave ½ -inch headspace and that there is no food in the headspace (food particles may interfere with sealing).

.Cap the jars for processing by fitting a screw band snugly over the jar rim and lid.

.Fill a water bath canner halfway with water. Place the jars in the rack. Make sure the water covers the jars at least by 1 inch.

.Cover the canner and bring the water to boil. Once the water starts boiling, process for 20 minutes.

.Place the processed jars on kitchen towels. Let them rest until they cool down. The lids will pop and become concave, indicating the jars are sealed. If the lid doesn’t pop and doesn’t look concave, reprocess the jar with a new lid or refrigerate and eat in the next few days.

Canned marmalade should be kept in a dark place up to a year.