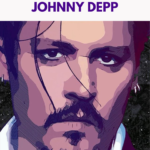 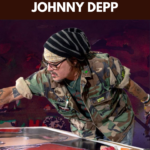 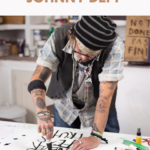 I want to say a few things to my friends asking me about the BIG WIN in Johnny Depp’s defamation trial against the now unemployable Ms. Amber Heard. I’m a woman; I stand for Johnny Depp, and following are some reasons why.

The jury found Ms. Heard a liar. The verdict says Ms. Heard lied in all her claims of physical violence against Johnny Depp. The jury ruled that Ms. Heard acted with malice and the intent to cause harm.

During this trial, Johnny Deep put himself in the line of fire. He showed us the good, the bad, and the ugly. We learned about his challenging upbringing, his story of family abuse, and his alcoholism and drug addiction. But none of those circumstances made him an abuser or a beater. On the contrary, he was the victim of a chain of heinous lies.

This trial was not about free speech. The First Amendment grants us free speech, but we have to speak the truth. The Constitution doesn’t give us the right to lie and defame anybody.

Contrary to what Ms. Heard said about the verdict, this is not a setback for the fight of millions of women victims of domestic violence and sexual abuse. In this blockbuster case, Ms. Heard wasn’t the victim but the perpetrator. This case shed light on the fact that domestic violence has no gender, and men may also be victims.

After six weeks of demolishing hard evidence, the truth prevailed: Johnny Deep, a man, was the victim of domestic physical violence and emotional abuse by Ms.Heard. He’s not a wife-beater, he didn’t push or punch anybody, or poop in anybody’s bed, among other horrible things he experienced during his relationship with Ms. Heard.

This is a tremendous victory for Johnny Depp and his legal team. Celebrities rarely win defamation demands. The jury repudiated Ms. Heard conduct: her lies, malice, and intent to cause harm. Johnny Depp’s victory goes beyond defamation: this is about defamation by implication.

Ms. Heard’s defiant sentence: “Tell them, Johnny, tell the world…” made me think that we definitely have to be careful with what we wish. And yes, Ms. Heard: Johnny Depp told the jury that he, a man, was the victim of domestic violence, and the jury believed him simply because he spoke the truth.

The jury also found Johnny Depp liable for defamation for a statement his lawyer Adam Waldman made. Waldman represented Depp amid Ms. Heard’s abuse allegations in 2016. The statement was about Ms. Heard friends fake trashing Depp’s penthouse for the police to file a domestic violence report. Because of this statement, Ms. Heard was awarded compensatory damages, and Johnny Depp was awarded $0 in punitive damages.

Last but not least, Johnny Depp cleared his name. From the beginning of the trial, it was evident he’d won the public opinion trial. But now, he’s also restored by the unanimous verdict of a jury in a Virginia court of law. He didn’t have anything to lose and had a lot to win. And he won it all.