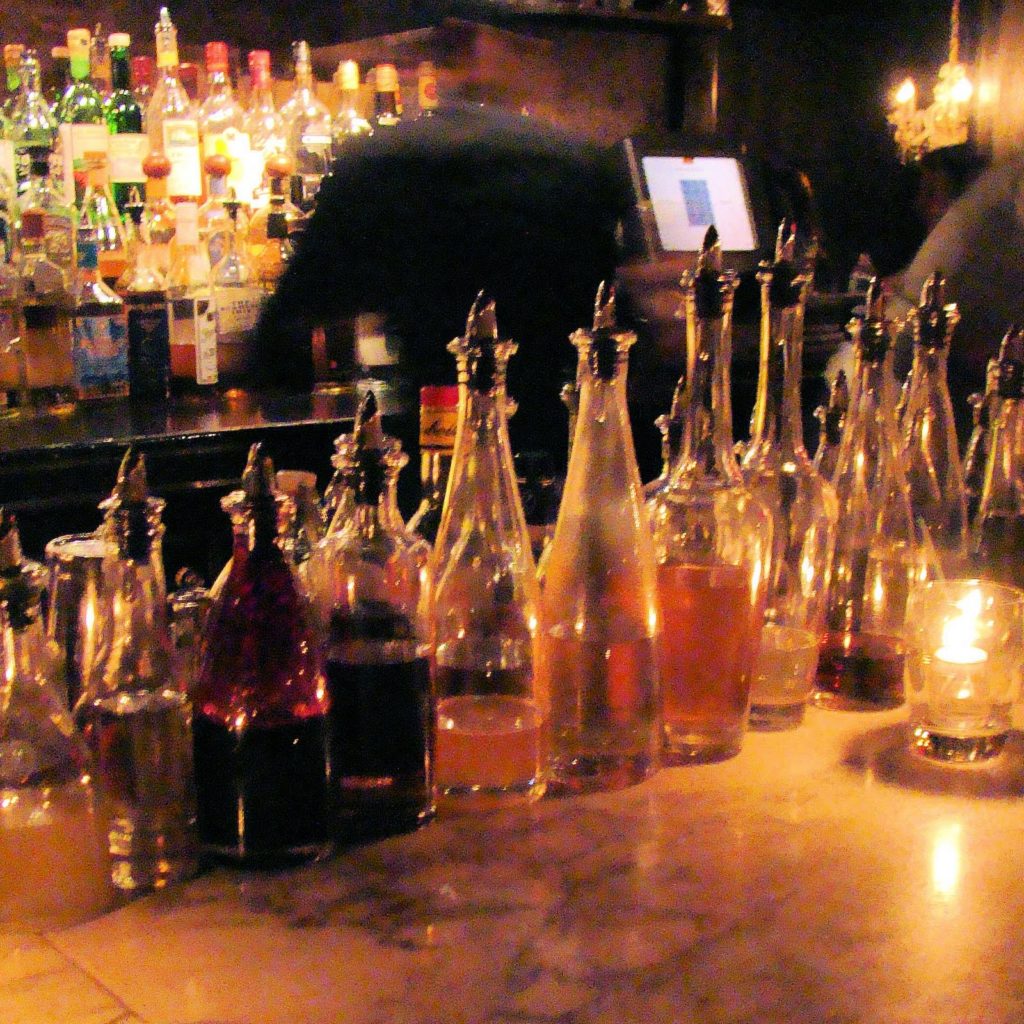 I owed myself this post on Death & Company a long time ago. Blame the summer, my tomatoes, my clients, my children going back to school and the many things I wanted to share. I twitted the news and even wrote a note for Ron Santa Teresa’s Club del Ron, but I neglected Savoir Faire.

Last July, more than 600 cocktail enthusiasts from around the globe came together at The Roosevelt Hotel in New Orleans to honor the best of the cocktail industry at Tales of the Cocktail’s 4th Annual Spirited Award Ceremony. That night New York’s Death & Company was a big winner. 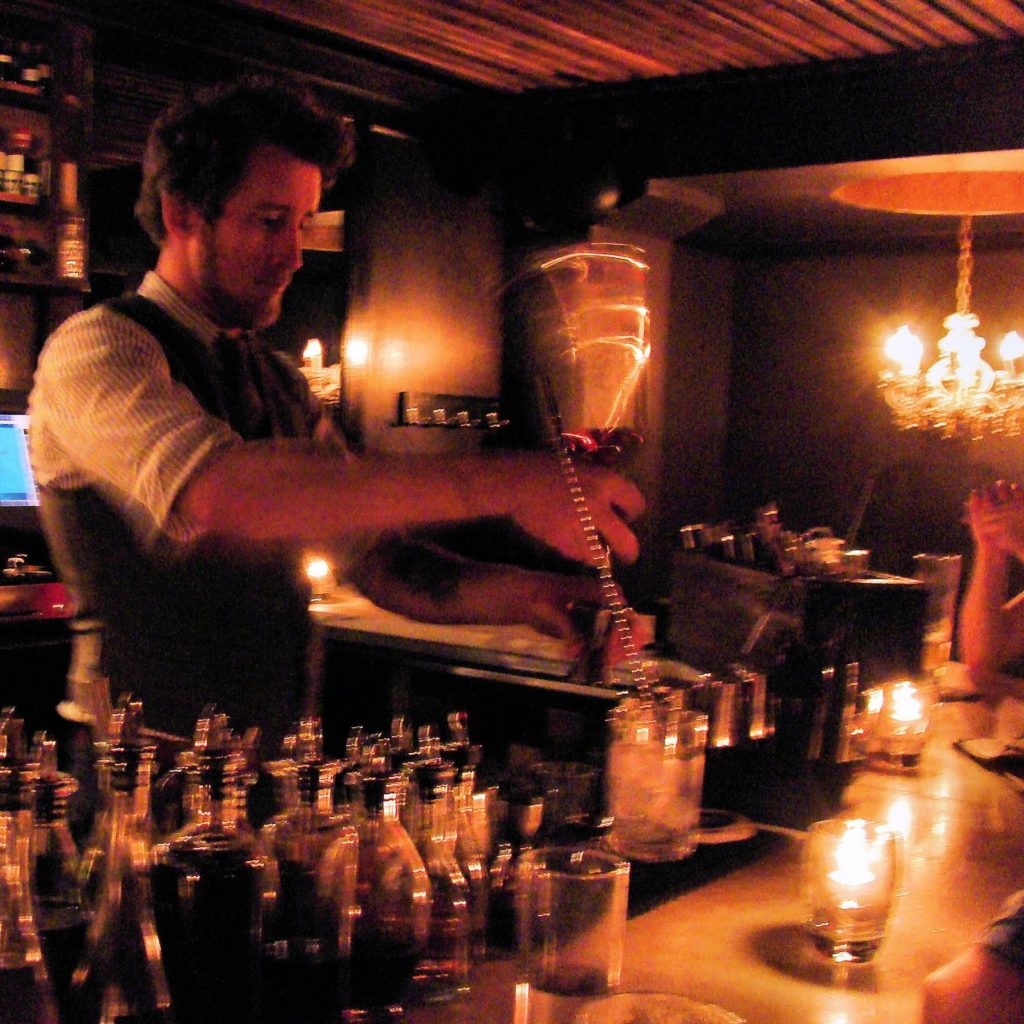 A judging panel of 30 of the world’s foremost cocktail experts agreed that Death &Company is the Best American Cocktail Bar and it has the World’s Best Cocktail Menu. (Among other honorees was Charlotte Voisey, the English mixologist who created the Strawberry & Basil Mojito and the sublime Angel Falls.)

Today I was organizing my pictures and found these dark ones of Death &Company. This narrow bar in the East Village has cherry wood ceiling, kerosene lamps and chandeliers. Its stoic wood doors don’t say anything about the huge collection of homemade syrups and bitters it treasures. Or about its drink menu with a very respectable selection of rum cocktails, including one of my favorite Ron de Venezuela: Santa Teresa 1796. 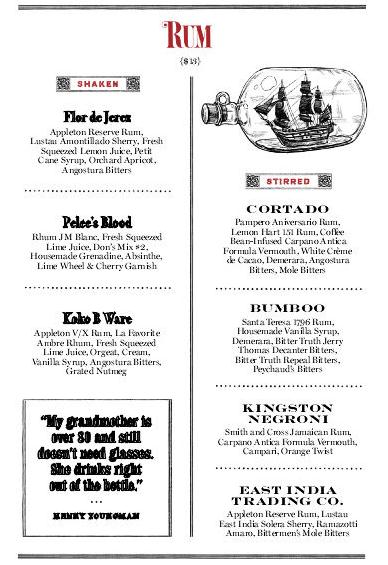 Last May we went there with the mission of having a Bumboo. This is a drink made out of rum, sugar and nutmeg, recreated by mixologist Brian Miller using ultra premium Santa Teresa 1796. I was craving for that Bumboo since the Manhattan Cocktail Classic seminar ‘Stories from Behind the Bar,’ which I followed on Twitter.

The seminar was hosted at Death & Company. Its co-owner David Kaplan and some of its mixologists and bartenders were telling stories about how the bar came to be. In between stories, they mixed a Bumboo and somebody twitted a photo.

I wanted to enjoy this drink with so much history. Its origins go back to the pirate’s era in the Caribbean, when sailors favored it because it tasted better than the Royal Navy Grog. But I wanted it recreated by the people who are redefining the very shape of New York’s cocktail landscape and using one of the finest rums in the world.

We had it and we love it! Sorry but I do not have Miller’s recipe. I will get it next time we go to this bar which name brings memories of the Prohibition era when “…the refined craft of the American bartender was outlawed. It was thought that to drink alcohol was to live a life shadowed by death. It was thought by some that these were death and company.”

For restoring flavor to the drink and class to specialty cocktails, for embracing those who shine after dusk and welcoming this new sipping golden era, I raise my glass to Death & Company, Best American Bar!